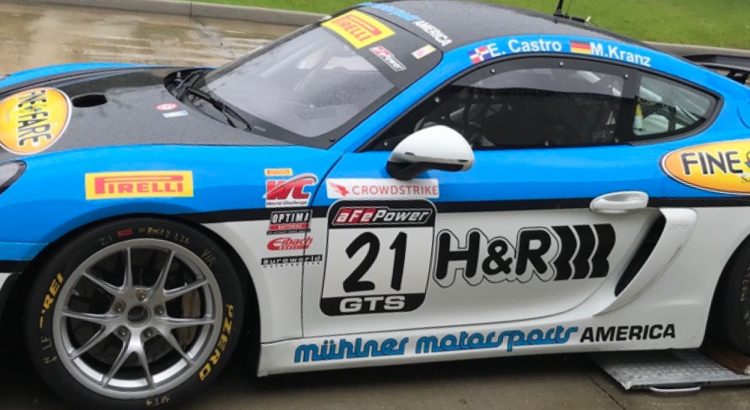 The DeLand / Florida based Muehlner Motorsports America Team competes from now onwards with the same livery as used also in Europe.

The H&R supported Cayman GT4 MR #21 will participate this week in the next round of Pirelli World Challenge at Lime Rock Park.

The two races will be on Monday, May 28th (Memorial Day). 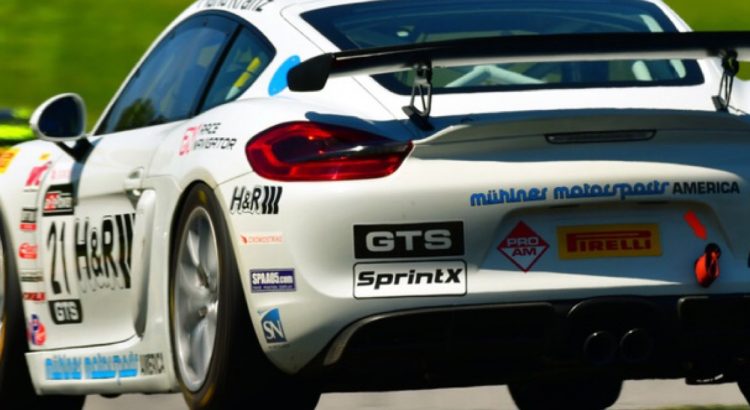 Gabriele Piana, who had dominated the two practice sessions and the qualifying in St. Pete and was able to clinch two excellent second places in both races, shared the Cayman #21 at VIR with Moritz Kranz.

The format of the PWC SprintX GTS series is made for two drivers and the two 60minutes races have a required pit stop between 25 and 35 minutes into the race. With 37 cars, the PWC GTS series is one of the strongest GT4 series in the world.

After a test day on Thursday, where Piana and Kranz had the chance to familiarize themselves with the track in two 40-minute sessions, the official part of the PWC event kicked off with a free practice on Friday morning. For most of the session, the Muehlner duo had been on P1 on the timing monitor and countered every time a competitor was able to achieve a better lap time on the increasingly fast track. When free practice was stopped prematurely, Kranz was on a very fast lap with much better times in sector 1 and 2, but had to slow down in the last sector because of a yellow flag. Ultimately it was then P2 with a residue in the thousandth range.

The second practice session on Friday afternoon was a little out of place: Despite fresh tires, Kranz and Piana were slower than in the first free practice and the spoiled team was unexpectedly on P16. Therefore, extensive set-up changes were made overnight for qualifying.

Kranz was then able to qualify the H&R Cayman for third grid position in the very strong field of 37 GT4 cars and thus the world was in order again.

But that should not be for long. From grid position 3, Kranz started the race and lost a spot in the start turmoil. An accident led to a safety car period and after the re-start Kranz pushed hard, unfortunately too hard, lost the car and sailed off the track and through the vast meadows of the VIRginia International Raceway… Before Kranz was back on the track, half of the field passed by. Since the hot slicks were now full of grass and could no longer build up grip, more competitors overtook the H&R Cayman #21. With one of those competitors there was also a contact and Kranz flew off the track again and landed this time in a tire wall. With the toe at the rear axle obstructed by the “enemy contact” and lack of aerodynamics due to the front bumper destroyed in the tire wall, Kranz then came to the mandatory pit stop one lap later and handed over the wounded Cayman on P34 to Piana.

Piana tried hard to recover and was already back in the Top Twenty when it came in an overtaking maneuver to a misunderstanding and another collision, which damaged the radiator of the Cayman, what led to a DNF and a night shift for the mechanics.

In the second race on Sunday, the H&R Cayman # 21 had to start from P25. Starting driver Piana came back from the first lap already on P17 and by a strategically planned pit stop with driver change Kranz was even already on P13 as he put in one fast lap after another and soon entered the Top Ten. When some competitors had a drive through penalty for breaches of the compulsory pit stop and Kranz continued to overtake, the H&R Cayman #21 made it up to P7. Kranz was in the middle of the pass of the car on P6, when a Full Course Yellow followed by a safety car period neutralized the race, before the race ended prematurely behind the safety car.

Bernhard Mühlner after the race: “What a weekend with ups and downs.” P3 of 37 cars in qualifying was a strong performance by Moritz, but the first race was catastrophic and the expectations for the second race were rather low because of the bad starting position. The catch up and a Top Ten result was a reward for the hard work of the mechanics and if the race had not been prematurely ended Moritz could have made it at least up to P5. But taking into account our expectations and the actual competitiveness of our package, we are of course not satisfied with the results here at VIR. At least the drivers and the car showed the real potential in free practice 1, the qualifying and in the second race. The good result in the second race after a strong recovery in such a strong field, despite a poor starting position, makes us conciliatory, but at the next PWC SprintX event in Lime Rock, Connecticut, we will do our best to achieve better results.” 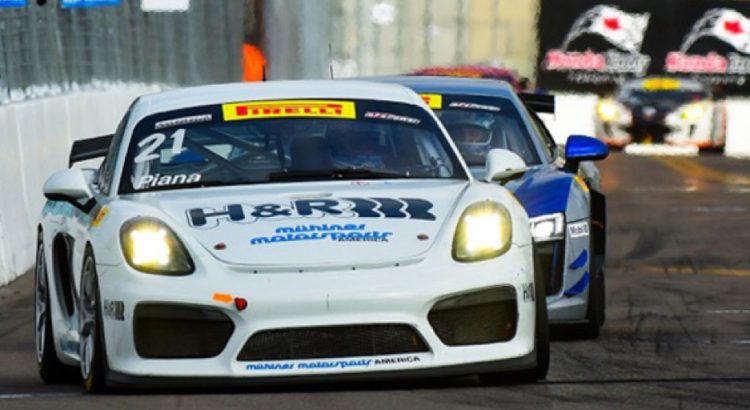 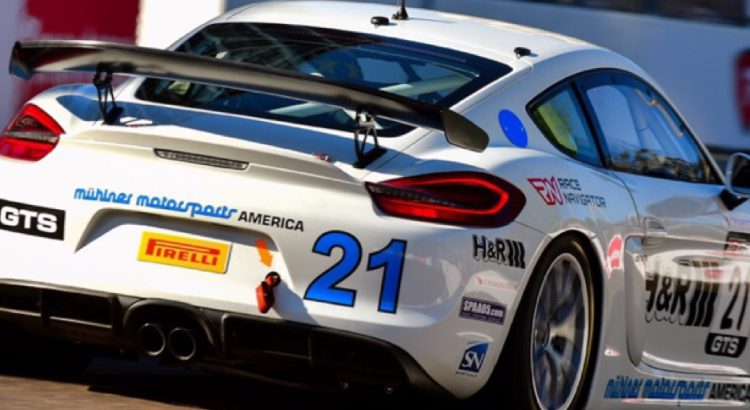 The defending class champion took his No. 1 Chevrolet Camaro GT4.R to a 0.547-second win over PWC debutant Piana, who started his Muehlner Motorsport Porsche Cayman GT4 Clubsport MR from pole.

Aschenbach got around Piana for the lead on Lap 2 and held the Italian driver at bay, despite heavy pressure at times throughout the 50-minute race, which saw sprinkles of rain. 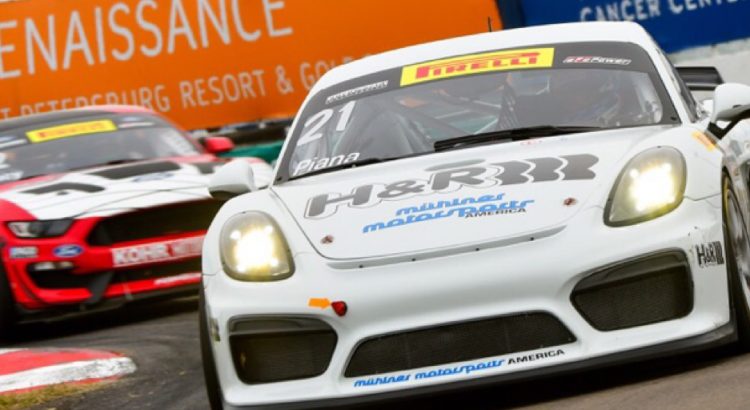 Gabriele Piana will start this afternoon’s Pirelli World Challenge GTS season-opener from the pole, taking Muehlner Motorsports to the top spot in an incident-filled qualifying in St. Pete.

The No. 55 PF Racing Ford Mustang GT4 of Jade Buford was third quickest.

It marked Piana’s first career pole in both the Swiss driver and team’s PWC debuts. 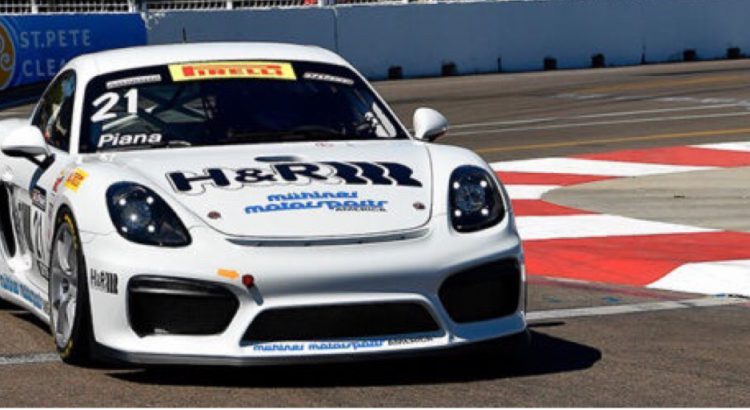 The Swiss driver reeled off a best time of 1:19.099 in the second practice session, improving on his pace-setting time from the morning session by more than one-tenth.

GTS qualifying is on tap for 9:40 a.m. ET on Saturday, followed by Race 1 in the afternoon.“ 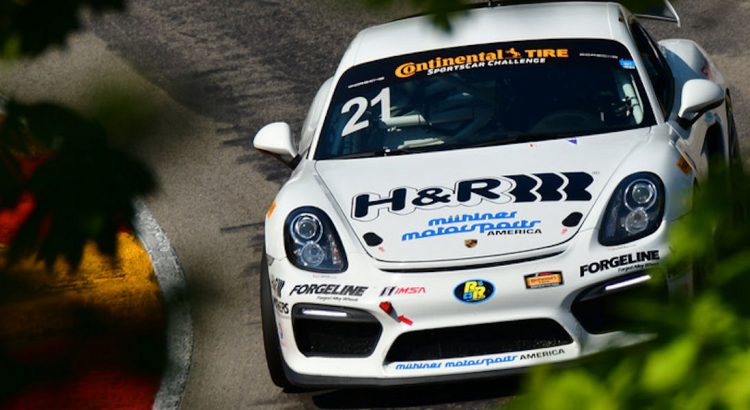 For Muehlner Motorsport and Muehlner Motorsports America the 2017 season was one of the most successful seasons in the very long team history. The team was able to secure 15 wins, 6 second places and 1 third place while competing on both sides of the Atlantic in VLN, ADAC 6h and 24h Nuerburgring, IMSA and PCA with its Porsche Cayman GT4 and 911 GT3 fleet.

M-Service America will be again involved in the PCA series in 2018, providing services to customers but also offering seats in Porsche 911s. A 997 GT3 Grand-Am with RSR gear box and a 991 GT-America with 4,0l engine are available.

Beside this, Muehlner Motorsports America is also offering their professional services for the Porsche Cayman GT4 Trophy East operated by PCA.

Two Porsche Cayman GT4MRs will be run 2018 in the Pirelli World Challenge GTS (GT4) Series, in Sprint and SprintX. If requested a Driver Coach, who could be also the 2nd driver in the SprintX races, could be available.

The high professional Muehlner Motorsports America Team will also be available as service and operation team for the GT3 class of PWC.

Of course the Team is also monitoring the IMSA programs (Championship, Challenge and Cup Challenge) beside the PCA and PWC efforts. 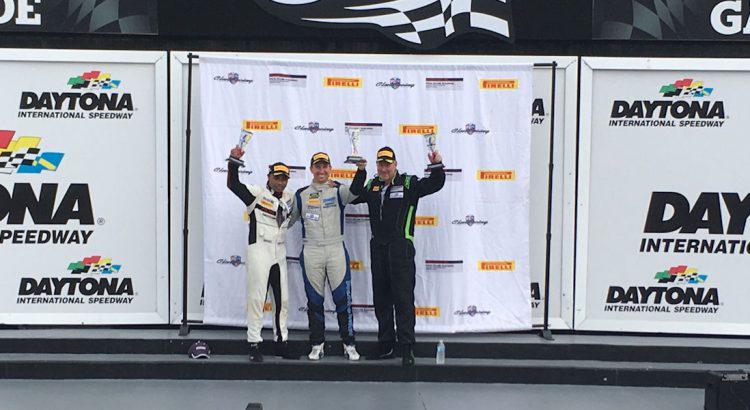 “We participated again in the season finale of the Porsche Cayman GT4 Trophy East to offer our professional services to interested customers. On the other hand we gave Moritz the chance to get experience with the banking at the Daytona International Speedway, so that he is well prepared for races at Daytona in the future,” explained Bernie Muehlner the sense behind the participation in this Porsche mono make Trophy, which is very similar organized as the other Porsche mono make Challenges and Cups up to the Porsche Supercup. 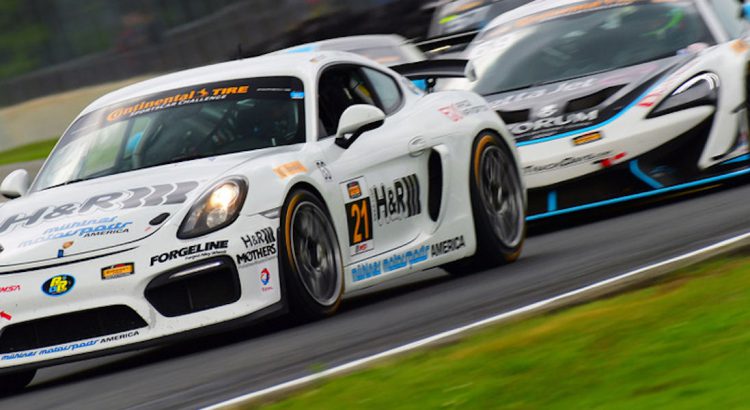 A wrong decision of the race director put Cayman GT4 #21 after the race from a well deserved 2nd place to P9, even there was NO mistake from the Team / Drivers at all!!!